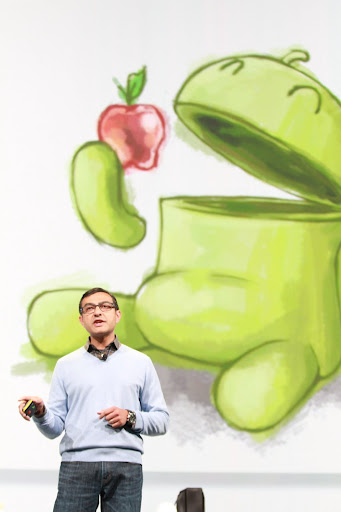 Apple Keynote of iPad 2 Launch - Android Honeycomb 3.0 has only 100 apps

I like the fight between Apple and Google, which are great competitors in the mobile industry. Love the great innovations coming up from Google and the perfectionism from the Apple. 🙂

I went to Google IO 2011 Extended event at Google Bangalore office. It was a Live Streaming of the Google IO Keynote from San Francisco. Today (i.e., May 10th) from 9.00 PM to 10.30 PM. I had a nice free dinner at Google 😀 and played foosball for sometime before the event.

These are my quick notes of Google IO Keynote:

All the Google IO participants at SF will be getting Samsung Galaxy Tab Limited Edition. Lucky them!